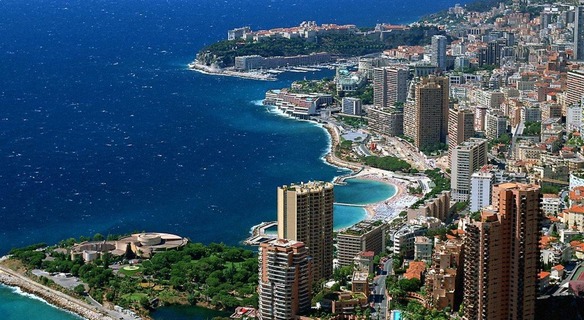 Five things to do in Monte Carlo, Monaco

The 2014-2015 season offers some stellar acts, including a performance by the Argentinian tenor Jose Cura and the Korean bass Kwangchul Youn. The opera house, which was designed by the architect Charles Garnier and opened in 1879, is unusually located in the same building as the Casino de Monte-Carlo. And with 80,000 gold leaves, 540 seats and hundreds of yards of deep red velvet used in its lavish decoration, it is a sumptious sight to behold. You might even catch a Grimaldi: patron Prince Albert II has his own private entrance to the royal box, while Princess Caroline likes to sit up front. www.opera.mc/

People-watching in the lobby of the Hôtel de Paris

This iconic Monaco hotel, which opened in 1863 and is about to undergo a four-year renovation, must have one of the last of these in the world: a tuxedoed doorman whose sole job is turning the revolving front door so guests don’t have to. Scenes for several famous films have been shot here, including 1948’s The Red Shoes, two James Bond films and Iron Man 2 in 2010. Sip an espresso underneath a crystal chandalier and marvel at the high style, enhanced faces and the unhurried pace of some of the richest people in the world. http://www.hoteldeparismontecarlo.com/

It’s no small feat that Chef Paolo Sari managed to earn one Michelin star for his restaurant – a first for one that has been certified 100 per cent organic. Sit in this crisp white space, accented in blue hues of the Mediterrean located right outside its windows (or phone ahead and score one of two romantic tables-for-two facing the sea) and meander through a menu offering work-of-art salads made of vegetable ribbons and herbs from Sari’s garden in nearby Menton, truly scrumptious warm bread elevated by olive oil tastings, delicate offerings of John Dory and flawless gorgeous souffles. http://www.montecarlosbm.com/restaurants-in-monaco/gourmet/elsa/